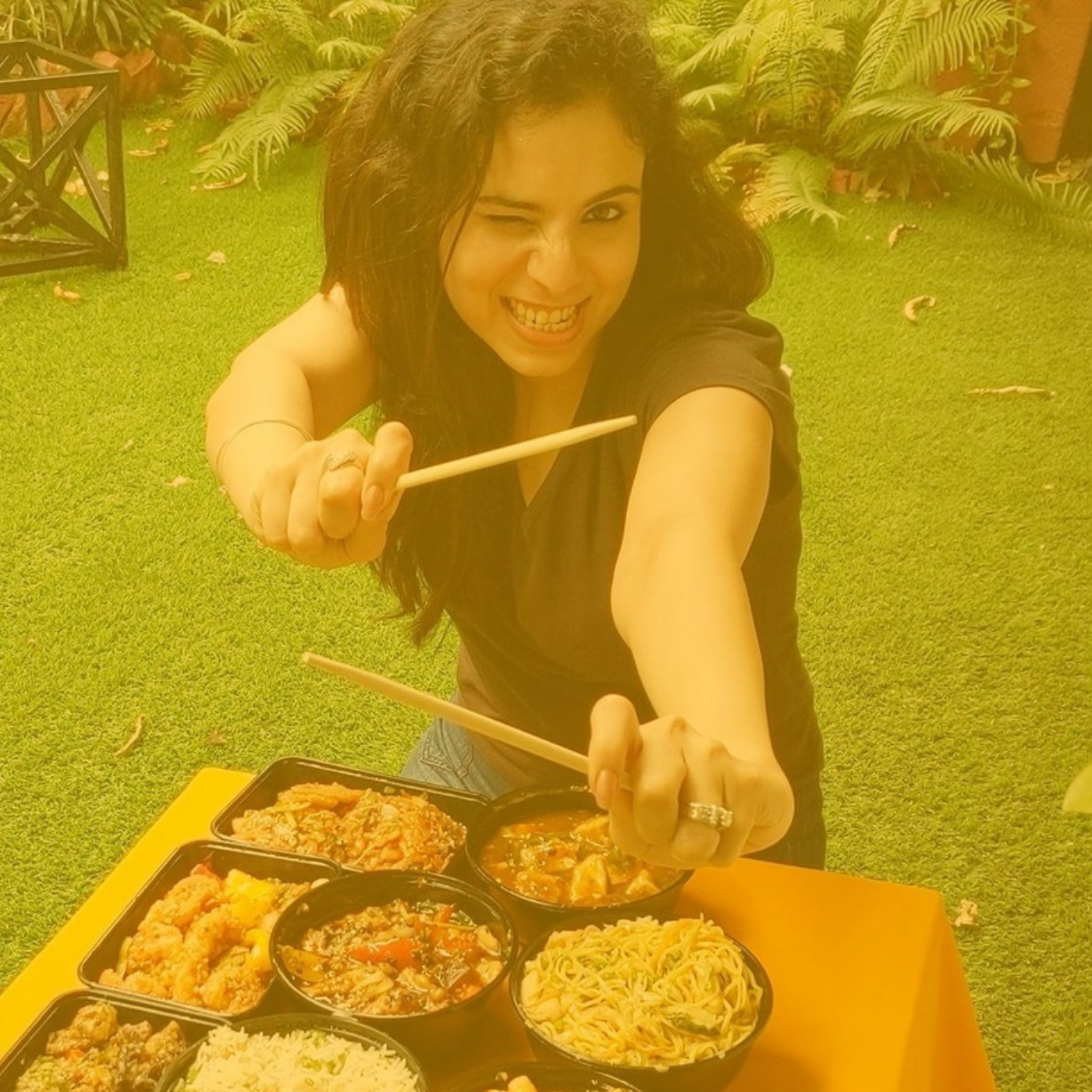 Formal Gossip Episode 4: All For The Love Of Food!

A little recap for those new to Formal Gossip. It is an online video call series, hosted by yours truly. These 30-minute conversations with established content creators are an attempt to gain a nugget of information on how to succeed as a creator.

The fourth episode was with Shagun Malhotra. A food content creator, better known by the moniker My Food Project, she has the most varied social repertoire of all the creators I have had the pleasure of talking to.

Here’s a glimpse of the session with her:

Of beginnings and journeys:

For Shagun, My Food Project was not a eureka moment. It was a slow journey that began 5 to 6 years back.

She started by regularly reviewing restaurants on Zomato. Eventually, the food delivery app noticed her and invited her for a chat to their office.

It’s there she met people who juggled full time blogging with something else. And that gave her the idea to write for herself.

She took good 3 months to conceptualize everything from the logo to the site to the social media pages. At the end of which, she launched My Food Project.

On platforms and socials:

Shagun may have begun with a blog, but today her primary platform is Instagram. Like any creator worth her salt, she has diversified to other channels also.

Facebook was an obvious choice. After the lockdown, when reviewing new eateries was just not an option, she branched to YouTube and Helo content revolving around recipes. She’s been happily exploring these new platforms since then.

Shagun is a one-woman army. From video editing to optimizing content to each platform, she does it all on her own.

There was a time when she worked with 8 interns, but that’s long gone. Because she tackles the entire content creation process on her own, she accepts that there is no more bandwidth left to discover new avenues and ventures. At least for now.

So how does one person manage five platforms, particularly when she was still working full-time 6 months back?

Her answer is gold:

“It is all for the love of food. And sharing what to eat, where to eat, and why to eat it.”

It’s her passion for all things food that drives her. Even knowing that leaving a job meant no financial stability, she still did it because blogging gave her mental satisfaction like none other.

On challenges and failures:

Shagun happily accepts that she has faced challenges during her creator journey. The biggest was making her mark when she commenced blogging.

It took her over half a year to gain 10K followers because when she started, no one knew her, and surmounting that obstacle was a Himalayan trial.

But she considers it a happy challenge. Her first real setback was when she opted to do an executive MBA along with her full-time job.

There were too many things on her plate, and she knew compromise was on the horizon. Since the job and MBA could obviously not take a step back, the blog did.

She became irregular with her content during the 20 months of her degree. It meant first her reach dwindled and then it hit rock bottom.

1.5 years later, and she is still struggling with her reach. That’s how harshly Instagram punished her for not posting consistently!

On dealing with pressure:

An everyday problem content creators face is feeling low when numbers don’t do justice to the kind of effort they put into their content.

Shagun is no different. She agrees this is a very real problem for creators. In her words:

“It is frustrating to see your post not performing and a horrible post by someone else doing very well. It breaks and spoils your mood for the day. And it happens often.”

How does she cope with it? By realizing that her content is good! It is mature, has variety, and delivers quality.

She has accepted that it is not about creating content to get likes. It is about being yourself.

On running after numbers:

Shagun candidly says that most influencers in the food space use some other means to get likes, followers, and views.

She has stuck to organic means of increasing her reach. But that doesn’t mean that numbers don’t matter. They do, particularly when you are ambitious and want to “grow, grow, grow.”

She is far from the Zen stage when numbers become secondary. Right now, she tracks her likes and views continuously, because that’s how she gets an edge over competitors and gains campaigns.

Experimenting with content will be a constant for Shagun, but her end-goal is to reach the TV.

She wants to be à la Rocky and Mayur. She envisions something as fun and hands-on with food like Highway on my Plate.

Till now, her focus has been on restaurants in and around Delhi. She hopes to expand that circle and combine travel and food reviews.

So, if you’re a travel blogger looking for a collaboration, I’d be happy to get you in touch with Shagun. That is, COVID-19 willing!

My take on the session:

It’s Shagun’s passion for her niche that stood out for me. But what I really took from the session was her ingenious way to bypass the creator’s block.

I’ve seen creators stumble on lack of content ideas again and again. If you’re one of them, do what Shagun does. She keeps a diary dedicated to ideas.

When an idea strikes, irrespective of where she is, she quickly messages it to herself (or husband). When there’s a good chunk of them, she jots all of them down on the dairy.

That’s what I call smart, resourceful, and brilliant!