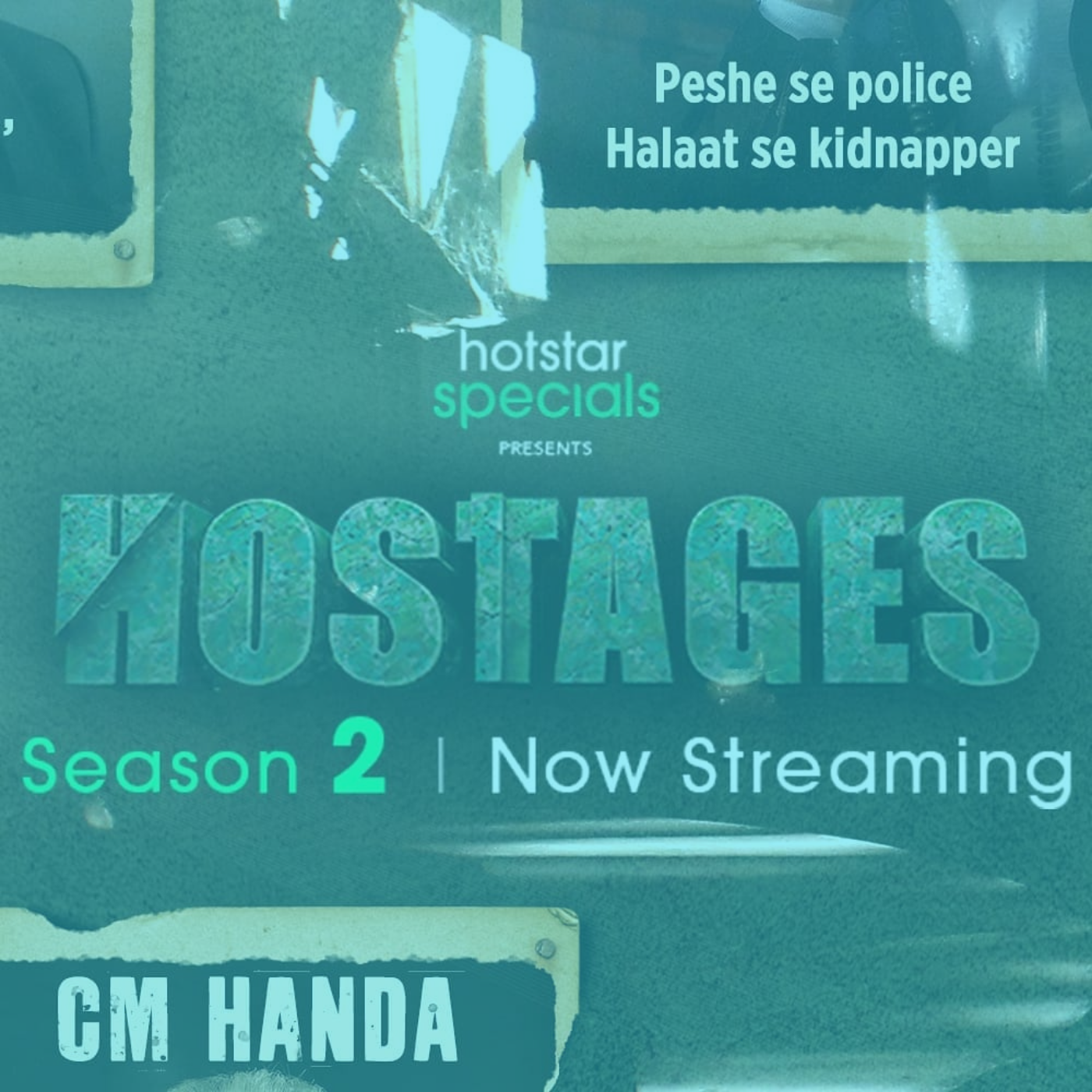 Hostages Season 2: An Insight Into Their Marketing Strategy!

Hostages is a thrilling OTT series featured on Disney+Hostar. The 1st season of which was released in 2019. Directed by Mr. Sudhir Mishra and featuring a veteran cast of Mr. Ronit Bose Roy along with Tisca Chopra, Divya Dutta among others, this show garnered appreciation and lauds from critics and viewers after the release of its 1st season.  With the release of its 2nd season, it has not only garnered applause for its direction and story but also because of its marketing strategy. Let’s look at the ways in which it has executed its noteworthy marketing strategy!

It started by posting Season 1’s cliffhangers and promoting hashtags #HandaZindaHai campaign. It created a buzz among its viewers and also among those who haven’t seen their first season with regard to the word ‘Handa’. People were curious to know the ‘Handa’ context. This initiated a whole new series of memes among content creators which attracted more viewers and spread the word like wildfire.

After enough speculation, the protagonist of the show Mr. Ronit Roy in his Instagram post brought to rest the unwavering question about ‘Handa’ by announcing season 2.

What followed next was posting recaps from the 1st season of the show before the trailer launch of season 2. What followed was the show releasing videos highlighting questions and lines like ‘Are You Ready?’, ‘Breaking News’ with the central tagline which says, ‘Khel Palatne Wala Hai’. This was quite enticing for viewers like me who couldn’t wait to know what happened in chapter 2 of this thriller! The trailer was finally released on 3rd September 2020.

Another eye-catching trend that the show did was ‘content extension’ or in other words broadening the content. In this, characters from other OTT shows were amalgamated and seen in conjecture with the theme of the show Hostages. There was an 8-post slider which had protagonists from different series with this text- ‘A Hostage situation. They could not escape. Will you?’ Thereafter,  a short 21-second video was released on Disney+Hotstar’s Facebook and Twitter accounts.

The next thing was releasing ‘Spoiler Alert’ posts which displayed ‘Issued in Public Interest’. Each post had a highlight from Season 1 and it ended with a CTA to the viewers that now they are ready to watch Season 2.

To make things more interesting, here’s where the content creators pitched in by creating their posts around the Season 2 plot and trailer. The next thing was the countdown post until the release date of the show which was followed by a ‘Now Streaming’ post all over social media.

In its Post-launch phase, the marketing team of the show released posts that had dialogues and wordplays. The show clearly tried to and successfully created curiosity and conversations around the theme of the show.

So go check it out on Disney+Hotstar and tell us your views about the show on our social media handles.