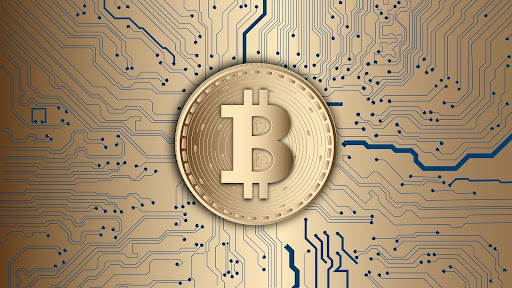 Web 3.0 And All The Terms You Need To Know As A Creator

Are you ready to watch DOGE go to the moon? ?Are you still trying to comprehend what web3 is, or what the latest Elon Musk tweet meant? Okay, that last one weirded everyone out, so maybe don’t bother with that.

Or possibly, you’re tired of seeing these terms being thrown around on social media and want to stay ahead of the loop, or at least reasonably inside it. We have just the thing for you.

What is web 3.0 and other lingo popular on social media RN!

As a creator, you may be wondering what’s in it for you. Why do you need to be informed about Web 3.0, crypto, NFT and the whole shebang? First of all, it doesn’t hurt to learn something new. Second of all, the way things are headed, web 3.0 will be the future of the creator economy.

It’s better to be an early adopter than a lazy laggard. So, let’s get cracking, shall we?

What the heck is Bitcoin everyone is talking about?

Bitcoin is a digital currency. The first of its kind. That is all there is to it. It has a finite supply available. A finite supply of anything inherently means it has more value.

Ever since its creation in 2009 by a guy named Satoshi Nakamoto (that’s a pseudonym, not a real name; no one knows the real person behind Bitcoin). It has gone on to become the most valuable cryptocurrency.

Also, in September last year, it became a legal tender in El Salvador. So, you know things are serious when countries adopt digital currency as legal tender.

What is Ethereum and Ether?

Ether is another cryptocurrency like Bitcoin. It was created in 2013 by Vitalik Buterin. While Ethereum is the blockchain, ether is the digital currency. It’s the second-biggest blockchain and coin after Bitcoin.

As a creator, that’s all you need to know about Ether and Bitcoin. What’s more important is the technology that made them possible – blockchain. And that cryptocurrencies allow you to buy NFTs.

Here’s how it works. Each piece of data is added in a ‘block’. The block contains information on new transactions and a record of all previous transactions. It is verified and then pushed back to add another block. The two blocks are linked like a chain.

All the information, once verified, cannot be undone and will stay on the block forever. Anyone can view and verify the information on the block. But no one can edit it. As more transactions are carried out, the size of the blockchain increases.

This essentially means there is no central point of control.

Less censorship, removal of gatekeepers, & a shift toward a truly "free" internet.

If you still don’t understand, then don’t worry. Just think of blockchain as the engine of the car. Here, the engine is the blockchain, and the car, well, it can be anything. It can be cryptocurrencies, NFT, decentralised apps, smart contracts, DOA, etc.

Now we come to the most important part for content creators: Web 1.0 was the first avatar of the internet. It began in 1989 and lasted till 2005. We could browse through it, consume the content on it, but couldn’t interact with it. No comments, no likes, no reshares.

The internet we use now is Web 2.0. It began in 2005, when social media platforms were born. Users can interact with it and distribute content through it, which is what made user-generated content popular.

Since the question is trending I'll venture my own rough and imperfect definition of web3.

Web 3 is the upcoming avatar of the internet when blockchain technology is adopted everywhere. The concept of the internet right now is that we are clients and the internet providers are the middlemen and also the rulers.

Think of it this way: Instagram decides how you get to earn from your content. If it offers you the subscription feature, you can earn through it. If it doesn’t, you can’t. When Web 3 becomes available, you will be able to decide how to monetize your content.

How? Because there will be no middleman. You will own a piece of the internet. It’ll have peer-to-peer communication and be open to everyone. So, if you create content, you can directly sell it to your followers. Once they buy it, the transaction will be validated by blockchain.

What is an NFT (Non-Fungible Token)?

If Web 3.0 is a term every creator should be aware of, NFT is something they should seriously think about. To understand a non-fungible token, you need to know what fungible means.

Basically, something that is not unique. Like cold hard cash. You can exchange one INR 500 note for another one, it won’t lose any of its inherent value. An NFT, on the other hand, is unique. There is and will be only one version of it. It’s non-fungible.

Think of it this way: an NFT is the first copy of Harry Potter ever printed and signed by JK Rowling. Only it’s not a physical book but a digital one. So, an NFT can be anything: a meme, an album cover, a picture. You name it.

This is a grossly generalised definition of NFT but the one most relevant to content creators.

What’s the big deal about NFTs?

Bragging rights for one. Second, it gives you ownership of a digital asset.

You can right-click and save a meme or picture and make it your own. So, isn’t everything an NFT? No! Because there is no proof of ownership. That can only be done, you guessed it, through blockchain. To buy an NFT, you need a cryptocurrency.

Meta, the parent company of Instagram, will soon let creators sell semi-NFTs on their platform instead of the usual merchandise.

So that’s a wrap on our list of terms you need to know in the web 3.0 universe. There is a lot more to uncover. Make this list the starting point for your curiosity.

Once you’ve scratched the surface and have a basic understanding of the terms, hop over to here and here. They uncover more terms like wallet and HODL!

India’s Creator Economy: What’s In It For Brands & Creators

9 Digital Products You Can Sell As An Influencer

Dominate Your Market With Influencer Affiliate Marketing Or Barter Collaborations

Don’t Be Left Behind: Types of Influencer Marketing Campaigns

A Change Is On The Horizon

Little late to the party but this is how the team

Can't get enough of these chill vibes~ ✨⁠ @tan

A short, simple, and definitely sweet video with @

Wishing everyone a Happy New Year! 🫂🎇 We can

@12.krystal showing off how @fashionbitters is per

Sending warm thoughts and well wishes to all of ou

Can't get enough of these travel vibes 🧳 @monk

A little birdie tells us that November is THE birt

Did someone say Halloween ? 🎃 Tag us in your #h

Little late to the party but this is how the team

Can't get enough of these chill vibes~ ✨⁠ @tan

A short, simple, and definitely sweet video with @

Wishing everyone a Happy New Year! 🫂🎇 We can

@12.krystal showing off how @fashionbitters is per

Sending warm thoughts and well wishes to all of ou

Can't get enough of these travel vibes 🧳 @monk

A little birdie tells us that November is THE birt

Did someone say Halloween ? 🎃 Tag us in your #h